At Independence, we take great pride in the accomplishments of our alumni and the strong connection between our school and former students. Bonds don't end with graduation - you are a Patriot for life!

If you are an Indy alum, please be sure to fill out the form at the bottom of this page to let us know about your achievements, activities and interests. We also hope that you will join our Alumni Facebook Group to keep up with news about your former classmates and fellow Indy alumni, in addition to following our LinkedIn page.

Wondering how else you can stay connected? Consider attending any of our special events throughout the year, including the annual Auction & Gala (21 and older). Be sure to check our calendar for all opportunities to come back and say hello!

Another great way to show your support is by making a tax-deductible gift to our Annual Fund, which ensures that we can continue to remain one of the premier pre-school through eighth-grade schools in the region. 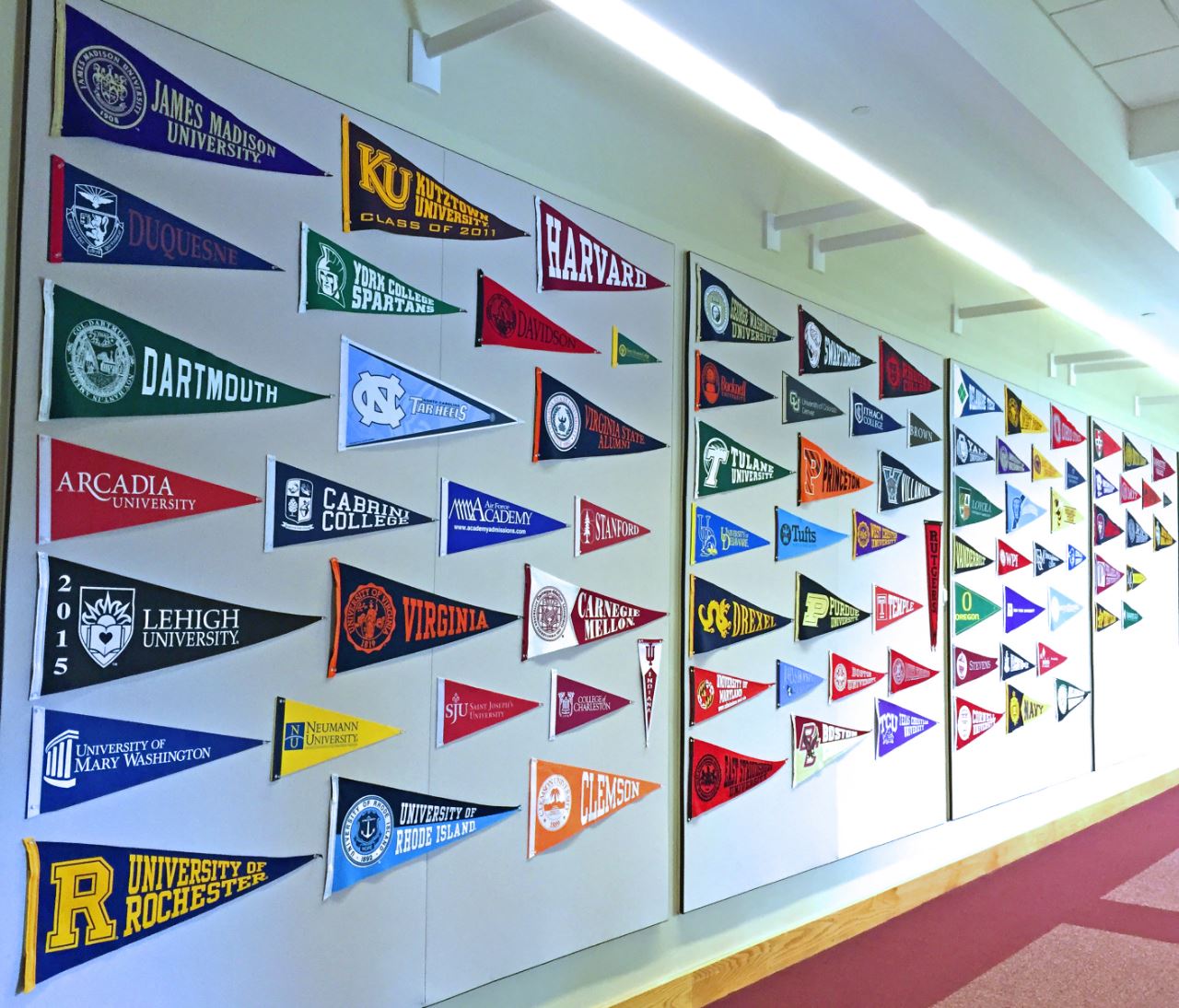 The Alumni Award program began in 2018 and honors graduates who demonstrate outstanding achievement, leadership or innovation in a particular field, whether in his or her profession or through volunteer activities or personal dedication to a cause.

Award categories and descriptions can be found below, along with a link to the form that must be completed to nominate an alumnus or alumna for either award.

Please click here to complete the required form to nominate an alumnus or alumna for either the Outstanding Alumni or Rising Star Alumni Award. Nominations are considered for a period of three years.

*Award recipients were not selected in 2020 due to the COVID-19 pandemic.

The Independence School presented its annual Alumni Awards during the school’s virtual Founders’ Day ceremony on Friday, April 9. The Alumni Awards program, established in 2018, honors graduates who demonstrate outstanding achievement, leadership or innovation in a particular field, whether in his or her profession or through volunteer activities or personal dedication to a cause.

For 2021, two nominees were selected for the Rising Star Alumni Award, each of whom represented outstanding achievement and leadership in different areas related to the mission of The Independence School.

Our first Rising Star Alumni Award recipient, Nidhi Kedda, is a member of the Independence Class of 2011. After graduating from Independence, Nidhi attended The Charter School of Wilmington, where she was a passionate leader in her school's dance team and their charitable efforts, raising thousands of dollars for the Kolkata Sanved and Porridge & Rice organizations. She earned the Jefferson Award for Service in 2014.

Nidhi graduated from CSW a year early and was accepted into the   University of Delaware's Honors program but soon transferred to   Johns Hopkins University where she graduated with honors in May   2018 with a bachelor’s degree in neuroscience. During her time at   Hopkins, Nidhi was a member of Nu Rho Psi, the Neuroscience national honor society, as well as captain of JHU Zinda, her school's Bollywood dance team. She also served as Vice President of JHU's chapter of Global Public Health Brigades and was a research assistant at the memory research lab at Johns Hopkins Hospital.

Nidhi’s primary passion is global medical care, and through her efforts with JHU Global Brigades and IFRE, she has been instrumental in short-term medical delivery to several patients around the world.

Nidhi is currently a third-year medical student at George Washington University.  She aspires to train in neurosurgery once she receives her MD and is continuing to work on her interest in global medical care through outreach efforts and neurosurgical research with her mentors at GW and Hopkins.

The Rising Star Alumni Award was also presented to Michaella Moore, a member of the Independence class of 2012. Michaella has had a long commitment to service. After Independence, Michaella attended The Tatnall School. During high school, she volunteered with the Bear Wildlife and Rescue Center and she was named the 2016 Boys and Girls Clubs of America Delaware State Youth of the Year.

Michaella entered Howard University in the fall of 2016 as a Capstone Scholar and a member of the College of Arts and Sciences Honors Program. Throughout her undergraduate career, she spent much time in student government leadership and tutoring in local jails with the Petey Greene Program. Twice she has been a research presenter at the Biomedical Research Conference for Minority Students. She also won the Wild Card Prize with the Howard University Team at the 2019 DC Regional Public Health Case Challenge and was selected by the United Nations Foundation as a 2019-2020 Global Health Fellow.

Michaella was named a Penn Access Summer Scholar, selected into the Beta Kappa Chi National Scientific Honor Society, and was also selected for the inaugural cohort of the Summer Medical Leadership Program. She was nominated for the 2020 HBCU Times Female Scholar of the Year Award.

Michaella is passionate about utilizing international policy to achieve justice for marginalized communities with a focus on health equity. She was named a 2020 Marshall Scholar providing funding for graduate study in the United Kingdom. Under this program, Michaella is pursuing an MA in Medical Anthropology from SOAS University of London.

The Oustanding Alumni Award was presented to Dr. Jodi Kamps   Varela, class of ‘87.  After graduating from Independence Jodi attended Charlotte Latin High School.  In 1996 she received her bachelors in Psychology and Sociology from Indiana University,   graduating Magna Cum Laude and was inducted into the Phi Beta Kappa National Honor Society.  She then attended the University of   Kansas where she received her masters degree followed by her Ph.D. in Clinical Child Psychology in 2002.  In 2000 she received an outstanding achievement award in Graduate Studies in Clinical Psychology and in 2003 the APA Division 54 Student Research Award. Jodi completed her post-doctorate at the Children's Hospital of New Orleans where she is currently Staff Psychologist at The Autism Center.

Dr. Varela holds several academic appointments including Clinical Assistant Professor at Tulane University School of Medicine and Adjunct Professor at Tulane University in the Department of Psychology.  She is well-published in the field of autism spectrum disorders as well as diabetes in children, has made many research presentations in her field and received grant support, most recently to research language and motor integration in children with autism spectrum disorder.

Dr. Varela is also been active in her community. Most recently, she has been involved with the YMCA of Greater New Orleans Children's United Benefits and Services program for the past two years, a task-force of different providers working with children with Autism Spectrum Disorder, who meet and share ideas with the YMCAs in the local area to provide services and training for their staff.